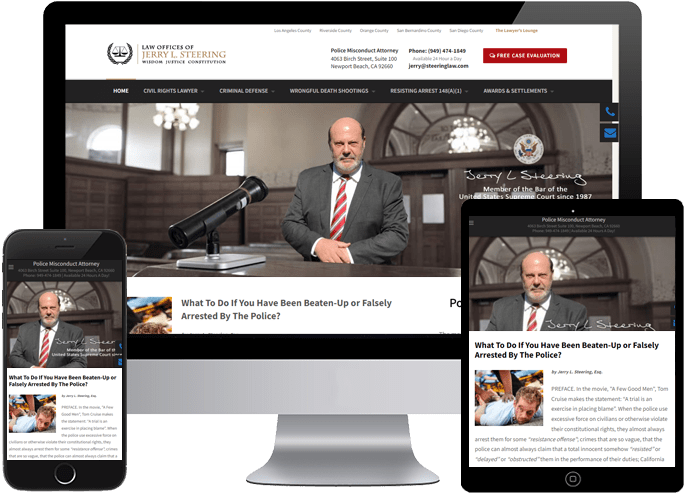 Jerry L. Steering was born in 1955 in Buffalo, N.Y. In 1977 he graduated from the State University of New York at Brockport with a B.S. in Biology and Chemistry. In 1984, Mr. Steering graduated from the University of Georgia School of Law, and practiced law for two years in Athens, Georgia. In 1986, Mr. Steering became a Member of the State Bar of California, and has been practicing law in California ever since.